The founder of The Funny Valentines, Hermine Gascho, succeeded in forming a vocal group that brings back to life the mellow and full sound of the swing formations of the 30s and 40s. Her arrangements, which are all in the style of the originals but still very innovative, give distinction to the unique sound of The Funny Valentines. The singers not only sing the melodies in four-part harmonies but also take over the parts of (wind) instruments in their arrangements: 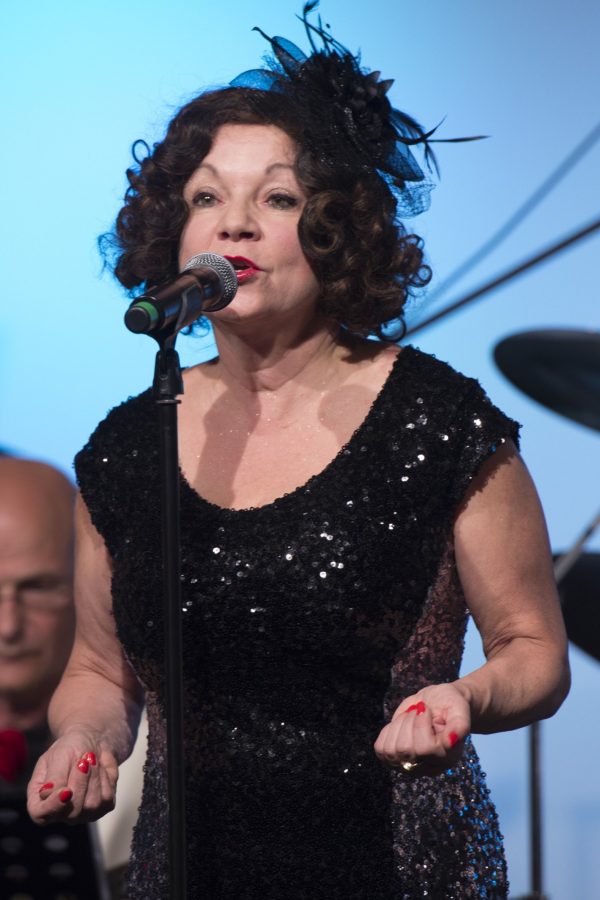 Hermine Gascho comes from a family who always had a song on their lips. Her love of harmony singing showed very early on. At 5 she already serenaded in two voices with her brother birthday songs on the telephone composed by her father for family and friends.
Her completed degree in music (and English) as well as her years of stage experience as a musician are the basis for her resourceful arrangements.

In addition to The Funny Valentines she maintains the Swing Favorites – Hermine’s current project. Together with her combo „Swing Substitutes“ she presents the music from the swing era. Well-known standards and wrongly forgotten songs, newly arranged in top quality.
The repertoire originates in the „Great American Songbook“, which contains the highlights of popular American music from 1920 to 1960. The Swing Favorites mainly revive the 30s and 40s. They enchant you with swinging melodies that are catchy and uplifting.
The „Swing Substitutes“ are the Munich musicians Charly Thomass (piano), Wolfgang Meiler (drums) and Eric Stevens (bass).

The human voice is also the centre of Hermine’s other career. She teaches voice and speech training at the federal school for speech therapy (Staatliche Berufsfachschule für Logopädie) and is a speech and voice therapist.

And if she doesn’t feel like singing for once, she enjoys life anyway. Best food and the adequate accompanying wine are as important to the excellent cook as swinging music. 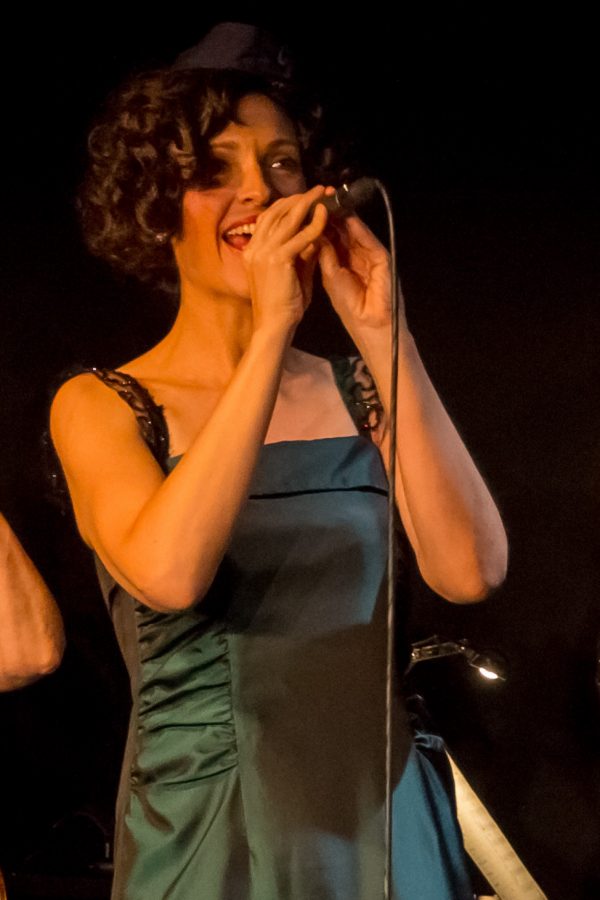 “Two souls, alas, are dwelling in my breast…” This Goethe quote fits perfectly for Uta.

For even though the graduate biology and chemistry teacher loves her job with the kids – so much so that she soon started her own family –, she absolutely needs the highs she gets from singing.

Several choirs, ensembles and a cappella groups introduced her to interesting arrangements in different music styles. Songs sung by The Manhattan Transfer reactivated her memories of her father’s great record collection that started her love of jazz. Gradually, a wish grew in her: to perform swing arrangements in a small vocal group.

Now, she has been singing and swinging with The Funny Valentines since early 2019 – and the chemistry is perfectly right! 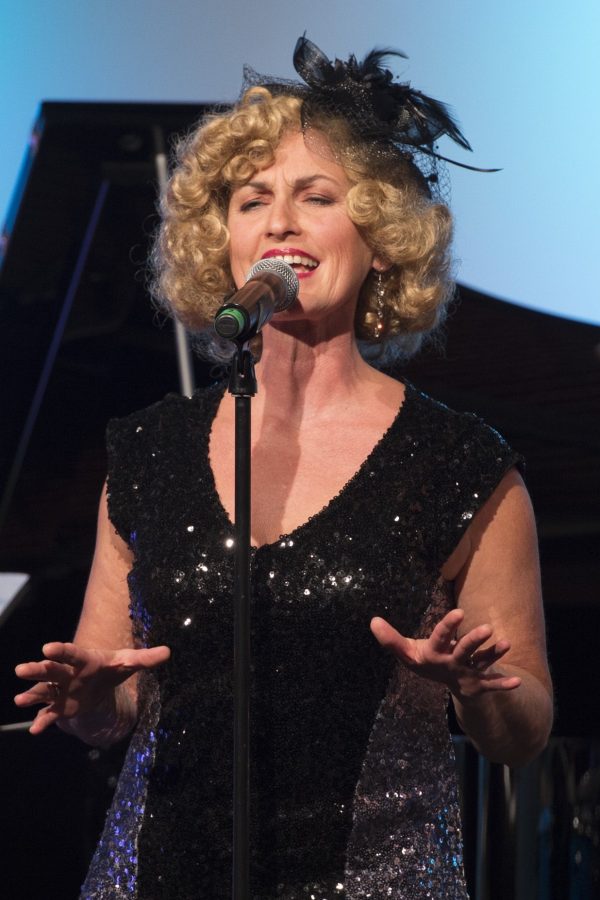 After a few engagements with drama (children’s theater, English Drama Group, the musical “School” at Gasteig, Munich) she has decided that music is definitely the most important thing in her life.

Having grown up in the country, it all began with singing and playing traditional Bavarian parlour music and campfire songs with the scouts/girl guides. Later she added classical choir singing, and finally – in the early 80s – she found her great passion: jazz.
Inspired by all the old Fred Astaire musical films, Billie Holiday and the “Kleine Rondell” bar in Munich, the “Bavarian with direct access to the soul of jazz” has been swinging on numerous jazz stages since 1990.

Since 2000, she has been on tour with The Funny Valentines. Her part in this group is characterized by a clear intonation, a velvety voice and a distinct feeling for swing and harmonies.
At the same time she passionately performs with her own band, which is available in different formations from duo to quintet. Here, she can best enjoy her love of soft swing and mellow tones. Mark Murphy called her a “jazz stylist” – a singer who has found her own style.

Her musical sense is also the basis for her job as a choir leader at the Munich music school Ohrwurm, for which she arranges songs from different genres. In 2016 she also started an open choir with hearing-impaired people. 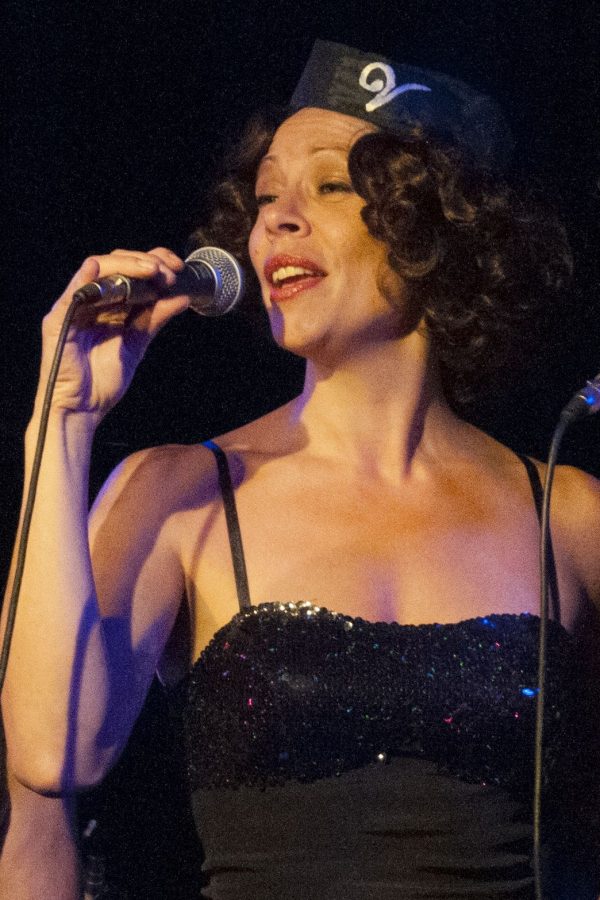 When she was only 3 years old, she proclaimed to be a singer when grown up.

At the age of 6 she joined the church choir and discovered her love of choir music. At 13, she was so thrilled by pop music that she formed her first Rock and Roll band. She loved Blues, Jazz, Pop/Rock and Soul music but enjoyed harmony singing the most.

Even before she went through her musical education, she sang in a Country band thus financing her course of studies and started her career as a professional singer.
At the “Rock im Schloss” workshops, she worked as a favourable singing instructor and choir leader.
In 2004 she toured Greece and Korea with Ladies Talk, an a-cappella group in 5 voices. In 2009 she was part of the “Panamera Girls” and cruised along the Cote D’Azur for a Porsche event.

Today, Gina is an inherent part of the Munich gala and Rock scene. Whether as a piano/voc duo or as part of a big show band, she consistently succeeds in wowing her audience.

Now, with The Funny Valentines she has returned to her roots – harmony singing.