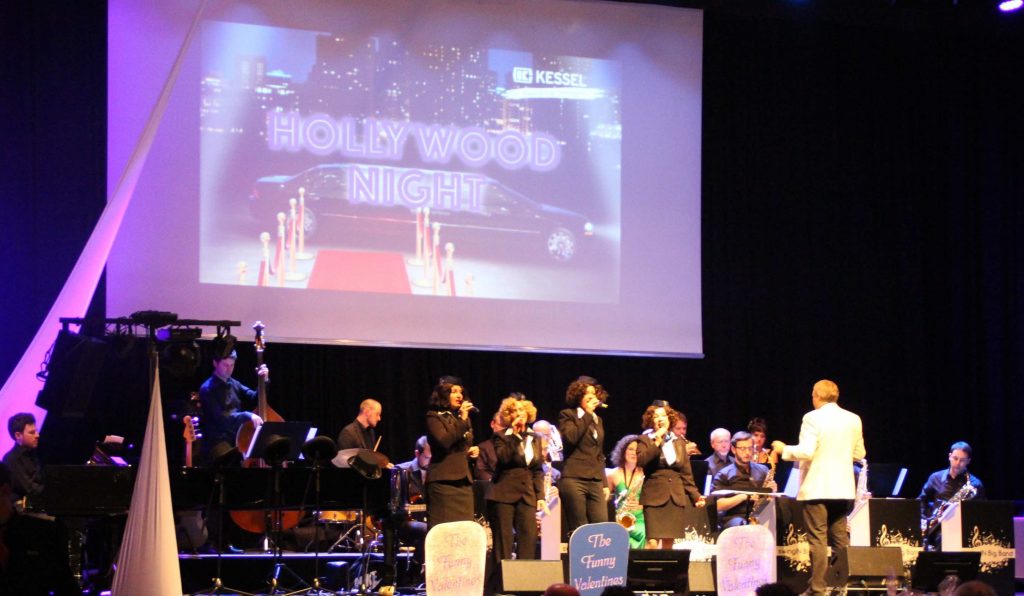 What makes jazz in general and especially a big band so exceptional?

A big part of the fascination that jazz brings about certainly originates in its many different styles: from New Orleans or Dixieland jazz, the „good old“ swing, via bebop up to free jazz.
The big band creates a sound experience that is special as to different sounds and grooves as well as the alternation of ensemble play and individual solos. The scope of music played by big bands covers romantic ballads, hot rock & funk music, swinging dance music, jazz waltzes, Latin jazz, fusion and cross-over music.

Everybody knows the Glenn Miller, Benny Goodman and many more big bands with tunes like „In The Mood“ and „Sing, Sing, Sing“, which have been played and interpreted countless times. There are, however, less known works like Duke Ellington’s „Sacred Concerts“. The performance of this work was the occasion to found the swingIN Big Band in 2015. Its members are jazz-enthusiastic musicians mainly from Greater Ingolstadt.

By now the swingIN Big Band has proved the versatility of a big band with more public appearances.